Buddhism in Myanmar is predominantly of the Theravada tradition, almost 90% of the population practicing Buddhism and  Myanmar also is the most religious country in the world.

Theravada Buddhism is strongest in Sri Lanka, Cambodia, Thailand, Laos and Burma (Myanmar). The basis of all forms of Buddhism is to use meditation for awakening  and concentration are vital elements of the way to enlightenment.

The follower is expected to “abstain from all kinds of evil, to accumulate all that is good and to purify their mind”.

Monks (and nuns) undertake the training of the monastic order (the Vinaya) which consist of 227 rules (more for nuns). Within these rules or precepts are five which are undertaken by all those trying to adhere to a Buddhist way of life. The Five Precepts are to undertake the rule of training to:

Of particular interest is the fact that Theravadan monks and nuns are not permitted to eat after midday or handle money. 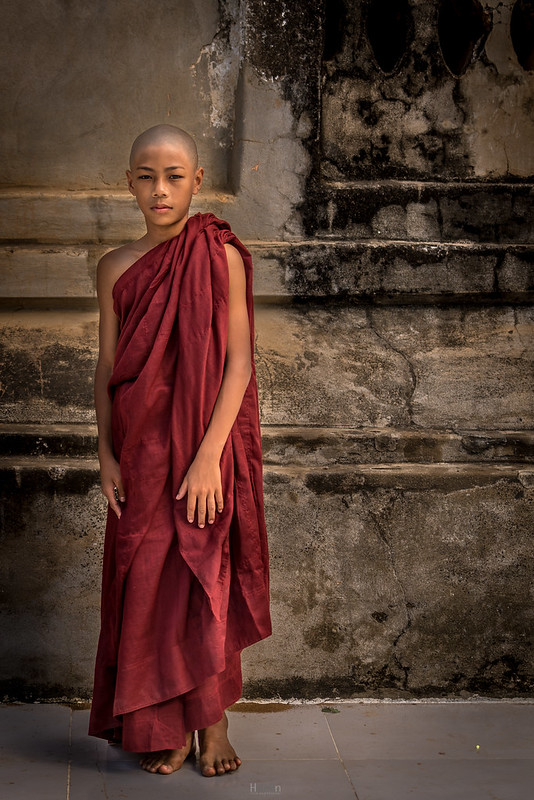 In Myanmar, children as young as seven years old have dedicated their lives to becoming Buddhist monks 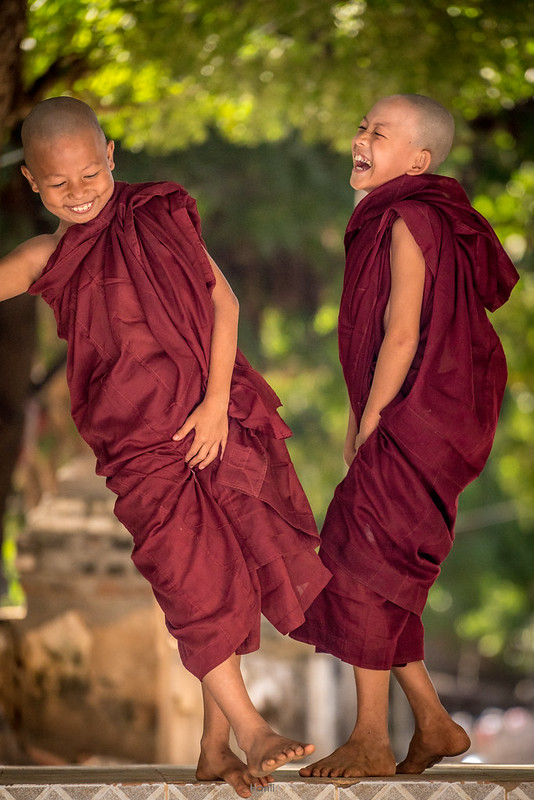 Young novices are allowed to play football, watching TV, playing video games and having fun, which is great to see, because all in all they are just normal kids. On the other hand, the life of the monks can be very tough: sleeping in a dormitory, waking up very early, washing with cold water, studying a lot and always strict discipline. 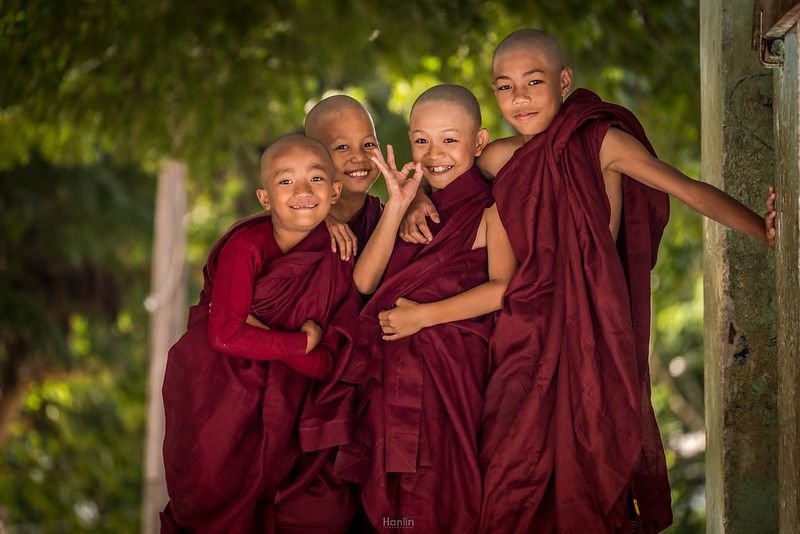 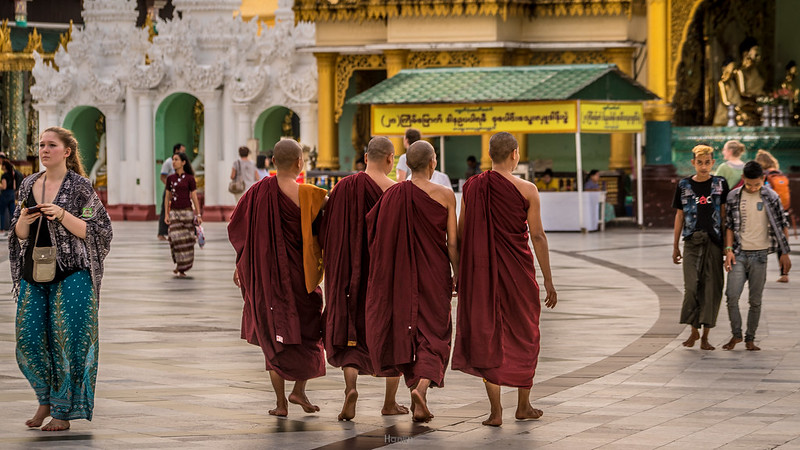 A woman should not touch a monk in any way, even to hand him something. Monks may not touch women, nor take anything from their hand. 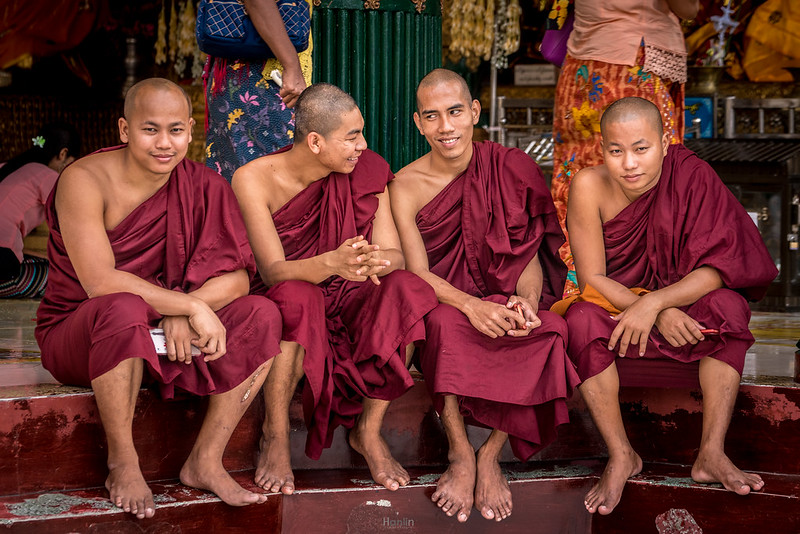 It’s customary for a male in Myanmar to enter a monastery twice in his life, as boys and as men. Once as a samanera, a novice monk, between the age of 10 and 20, and again as a hpongyi, a fully ordained monk, sometime at the age of 20. Some might remain a monk for just a few days, while others stay for life. 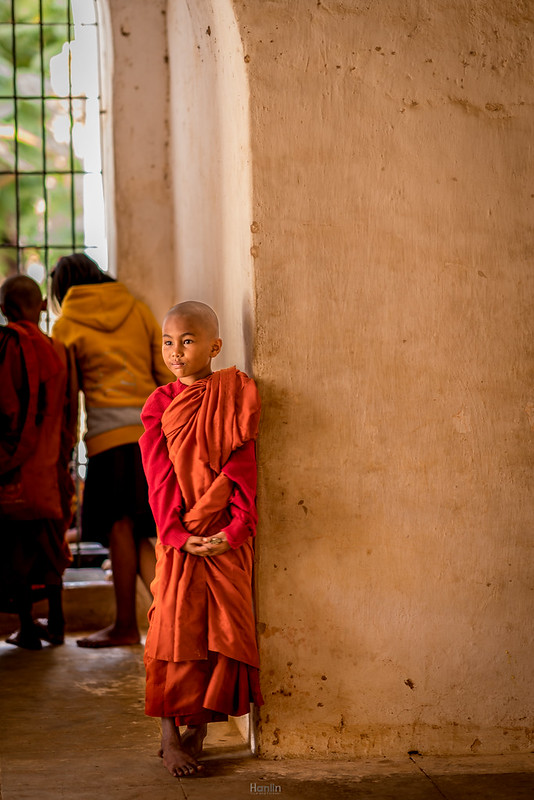 Many of the children who train to be monks come from poor families who see this way of life as a way to get their kids out of poverty. Free education, as they can learn mathematic and english and also can have a proper meal. 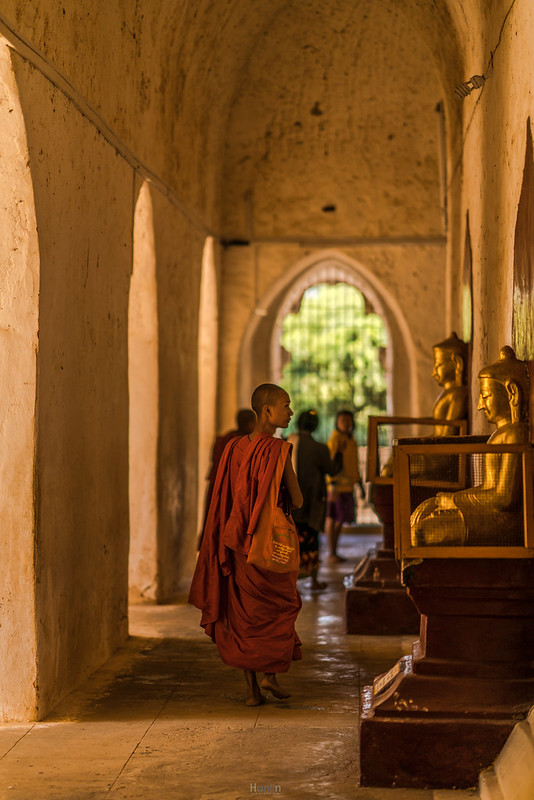 Buddhism in Myanmar is predominantly of the Theravada tradition, practiced by 90% of the country’s population. 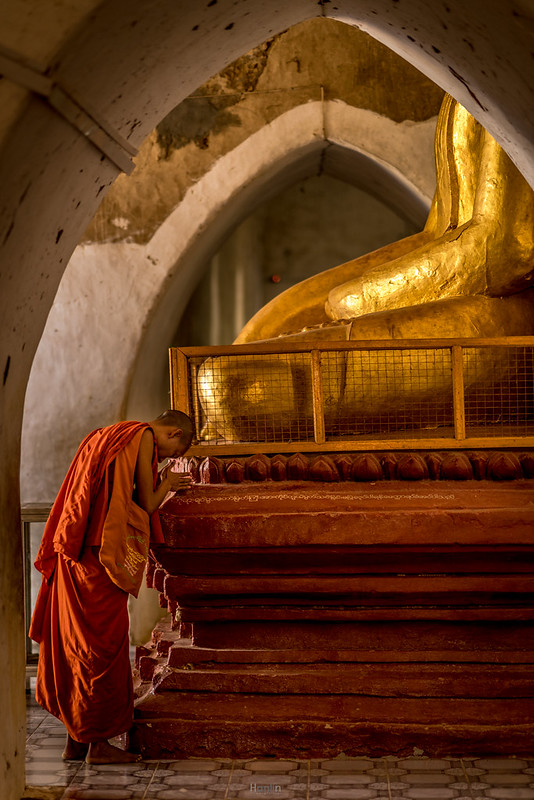 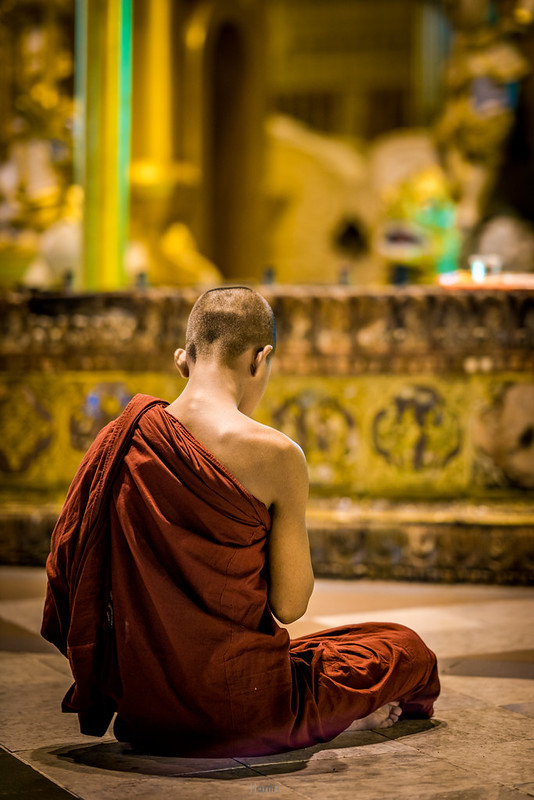 Monks hold the highest status in the society of Myanmar. 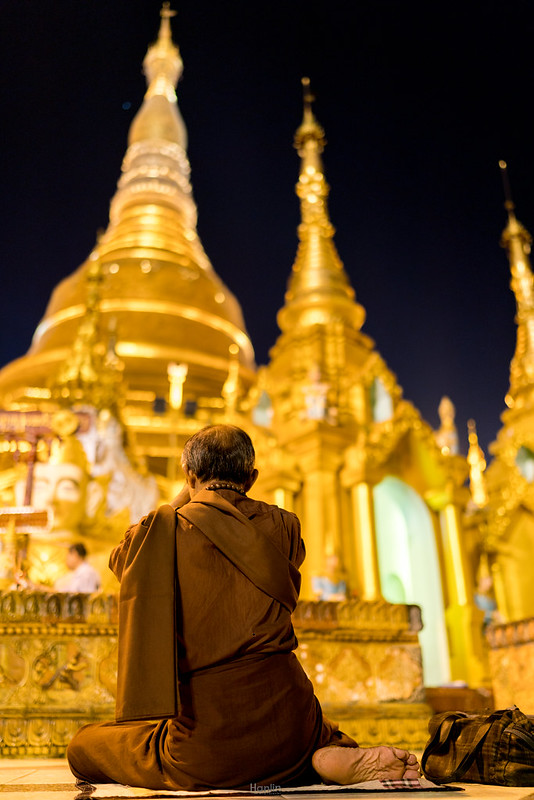 Prayers and meditation 4am at Shwedagon. 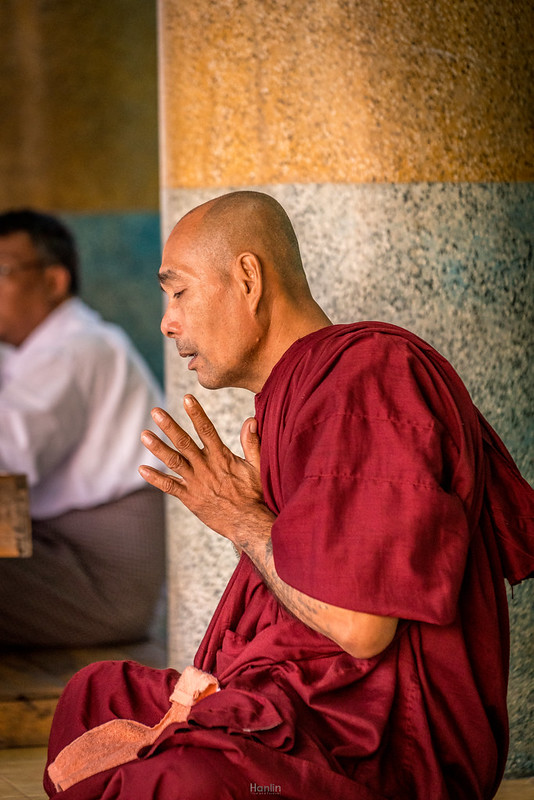 Monks receive two meals per day, breakfast and lunch and they are not allowed to eat after 12:00 noon. 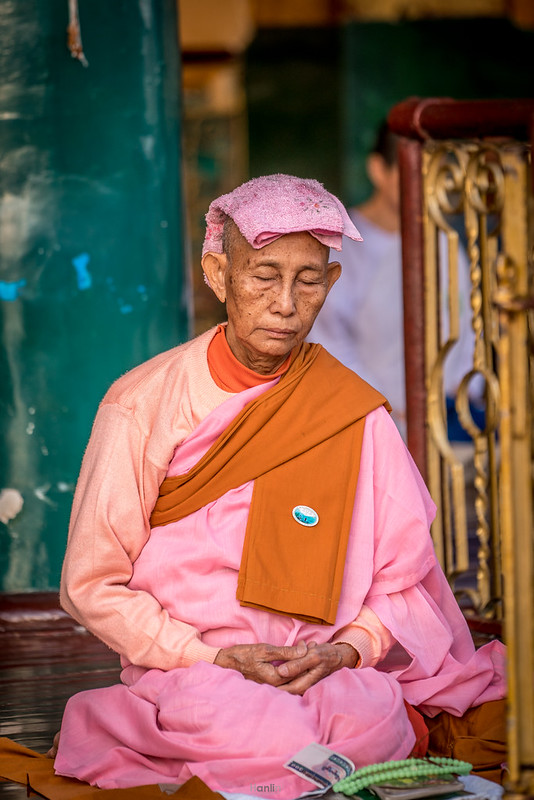 Prayers and meditation at Shwedagon. 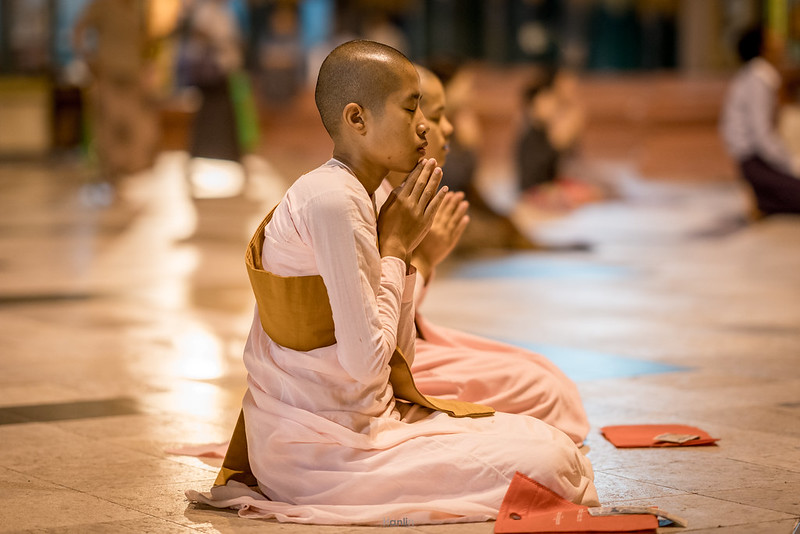 Often, they have left home at an early age to live in the nunnery, where they spend their time in service to the community, collecting alms, teaching, studying and meditating. 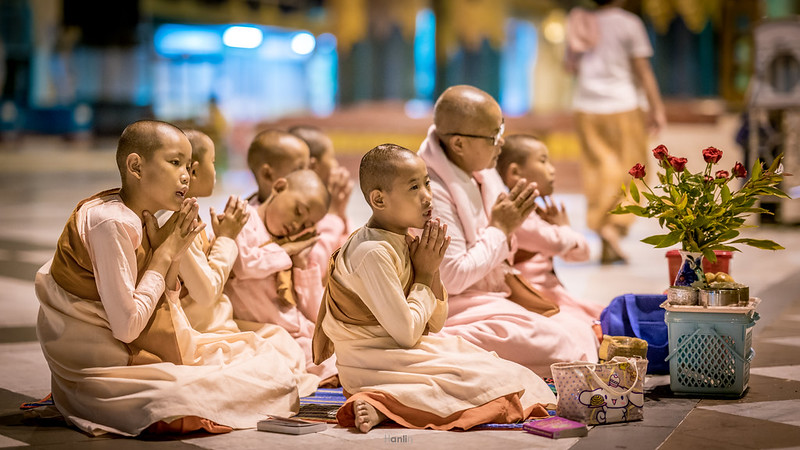 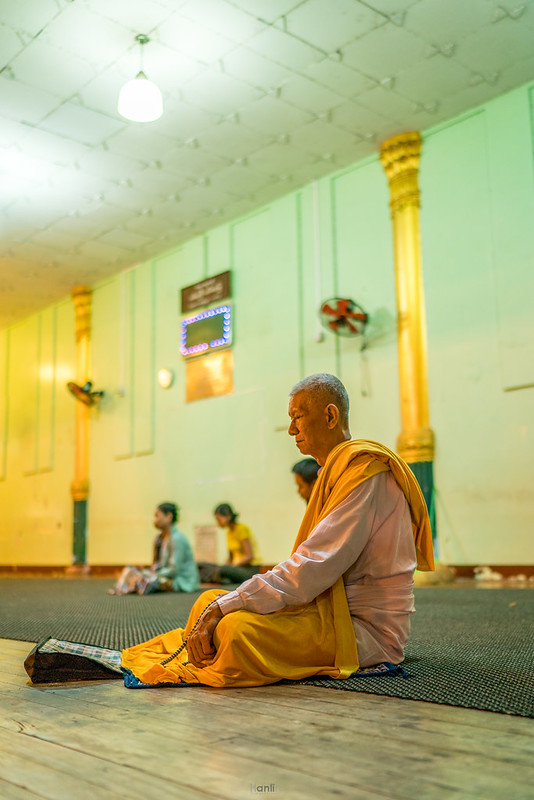