Ngarai Sianok also known as Sianok Grand Canyon is arguably the most beautiful scenery among West Sumatra’s many scenic sites, to be enjoyed particularly at sunrise or sunset. Sianok canyon is also often referred to as the “Dream Land of Sumatra ‘ has a fascinating natural scenery. The air is so cool. Like a velvet blanket of green surrounded by beautiful hills, this is the appearance of this beautiful valley when viewed from above. It’s 3 hours from Padang and 10 min from Bukittinggi or just 2 min from Novotel Hotel. 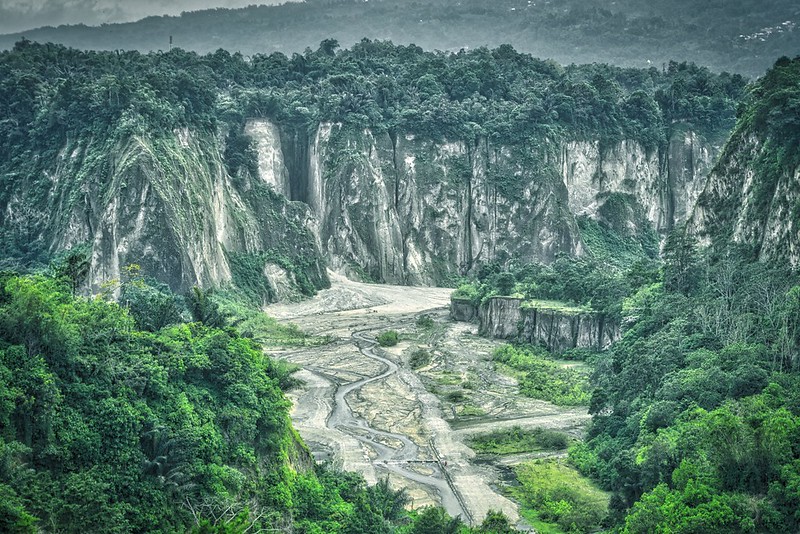 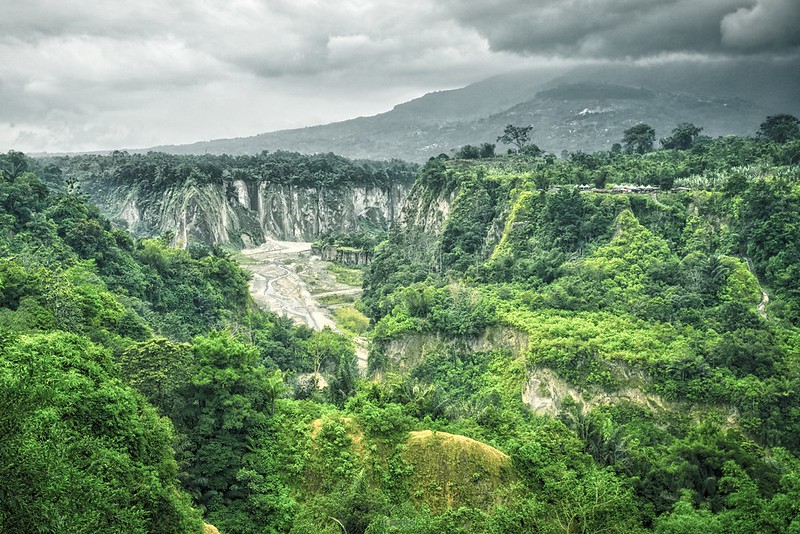 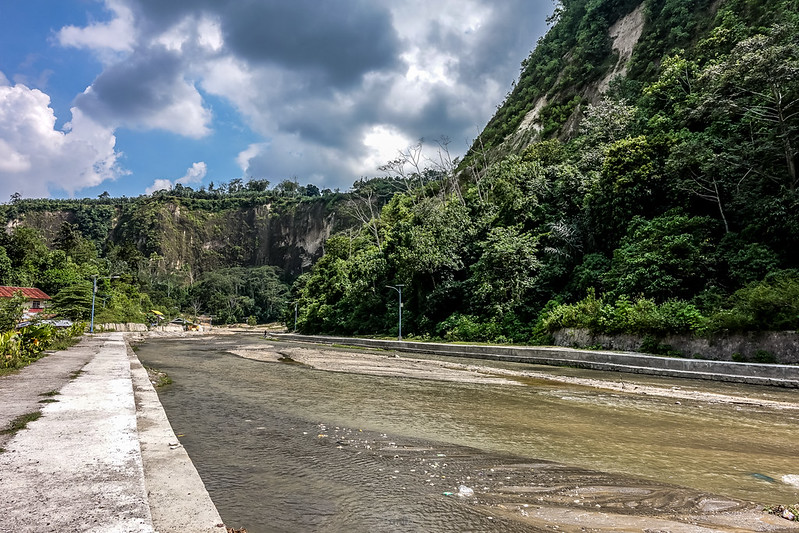 This taken from at the foot of Ngarai Sianok
2. L E M B A H   H A R A U
Lembah Harau or Harau Valley is sometimes known as the Yosemite of Indonesia. A relaxing one-hour drive from the bustling market of Bukittinggi in the province of West Sumatra lies the beautiful Harau Valley, – or sometimes called the Arau valley – where lush green ricefields are hemmed in between huge granite cliffs. Here dozens of waterfalls tumble down from 80 to 300 meters height into the valley below, cut by the Batang Arau River. 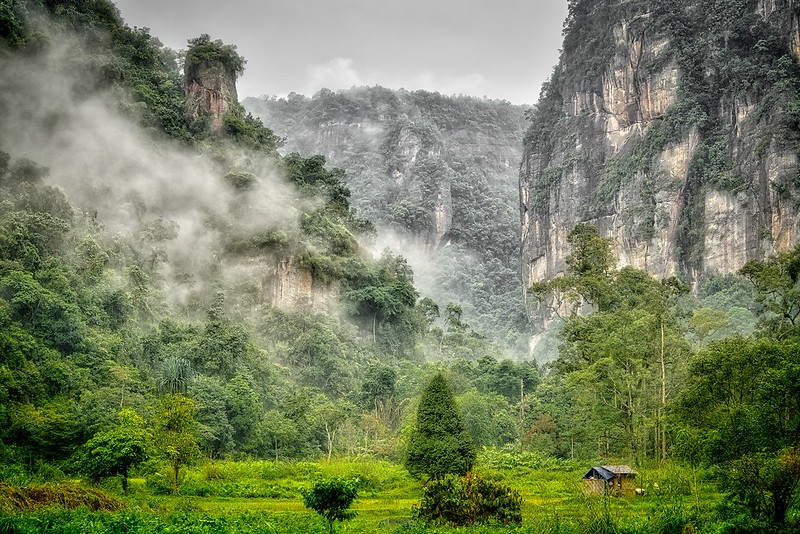 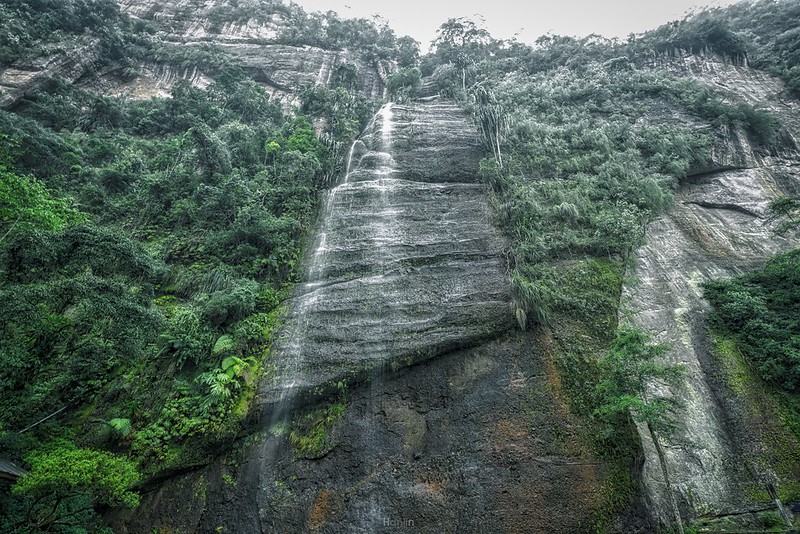 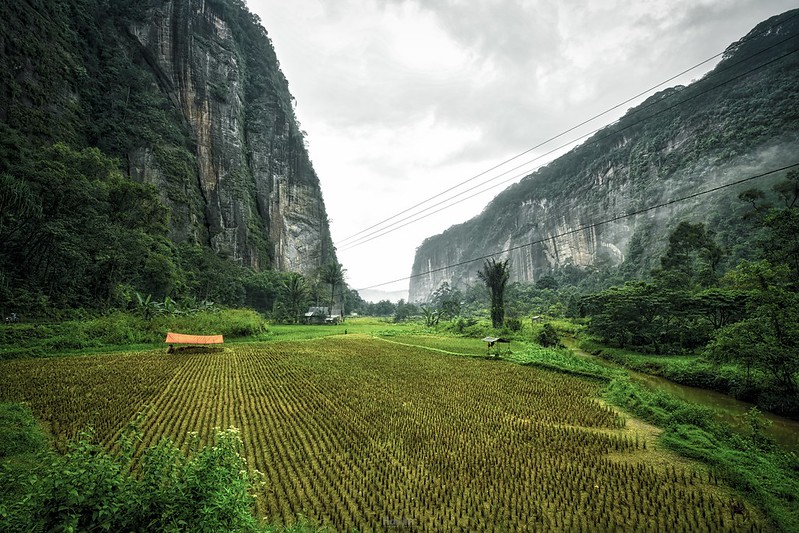 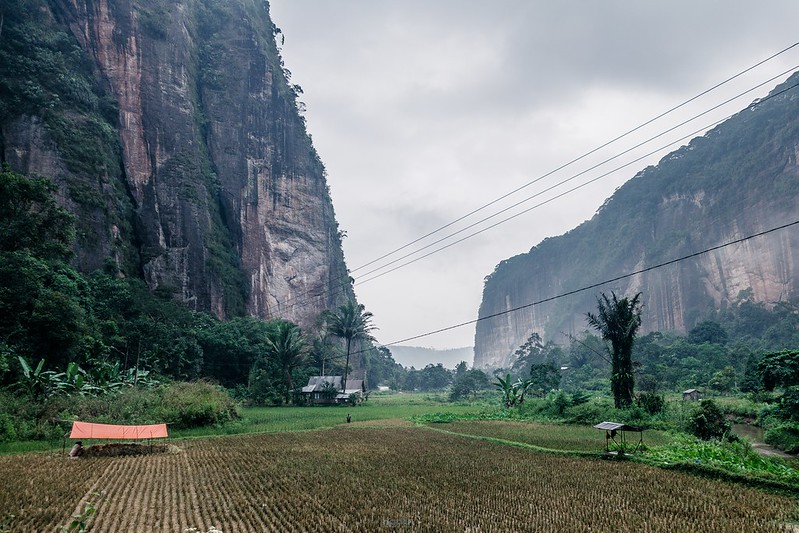 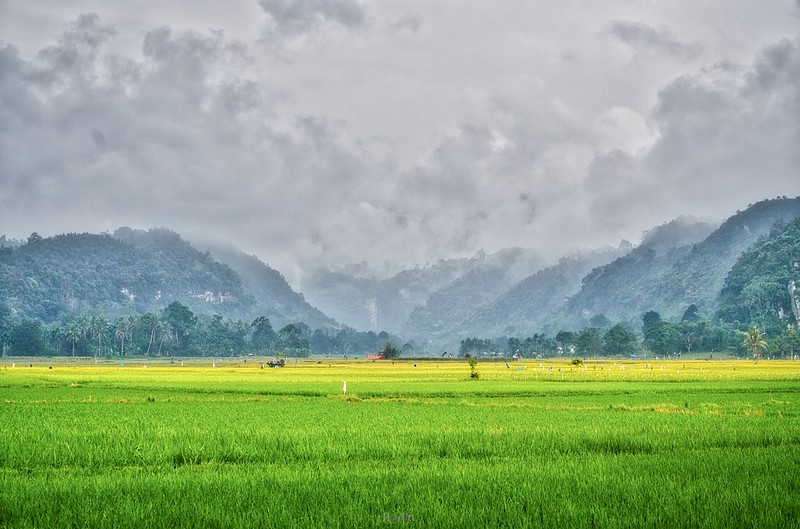 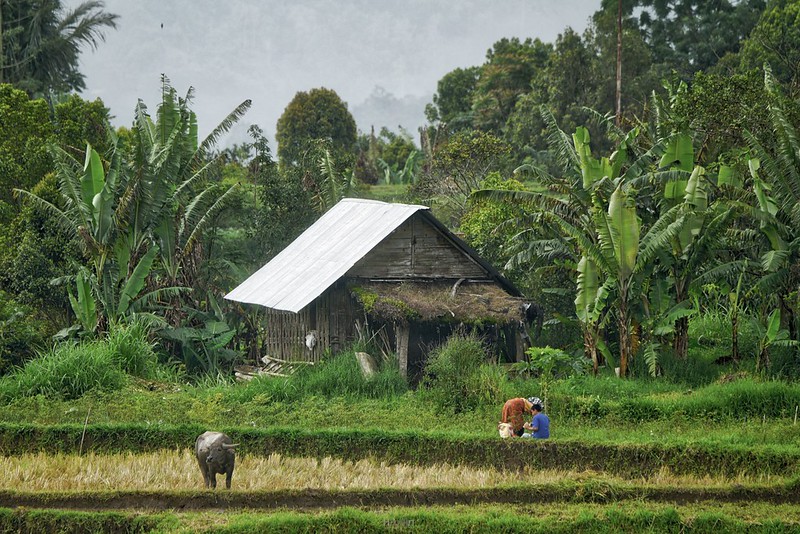 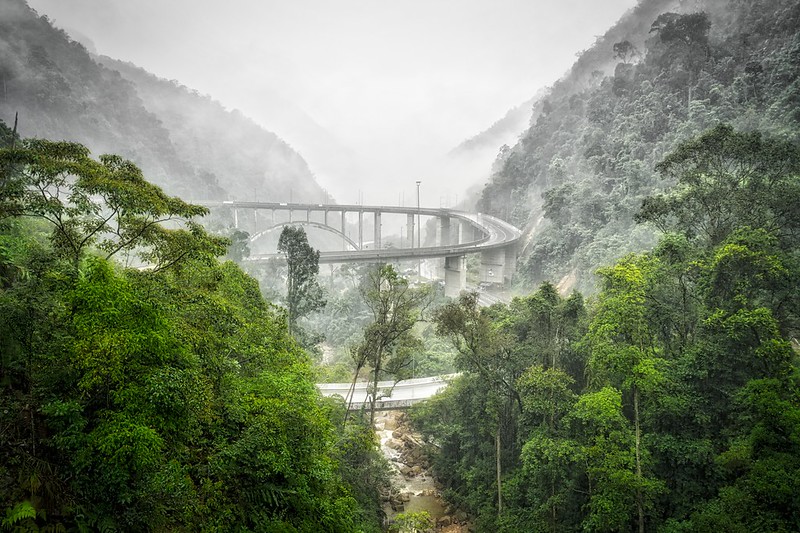 Pagaruyung Palace is the most famous and important socio-historical object of interest in Tanah Datar is revealed from the name, this palace is in Pagaruyung of Tanjung Emas subdistrict, the city of Batusangkar, about 5 kilometers from the downtown of Batusangkar city. Locals call the palace Istano Baso, the Great Palace. Its 2 hours drive from Jembatan Kelok 9. 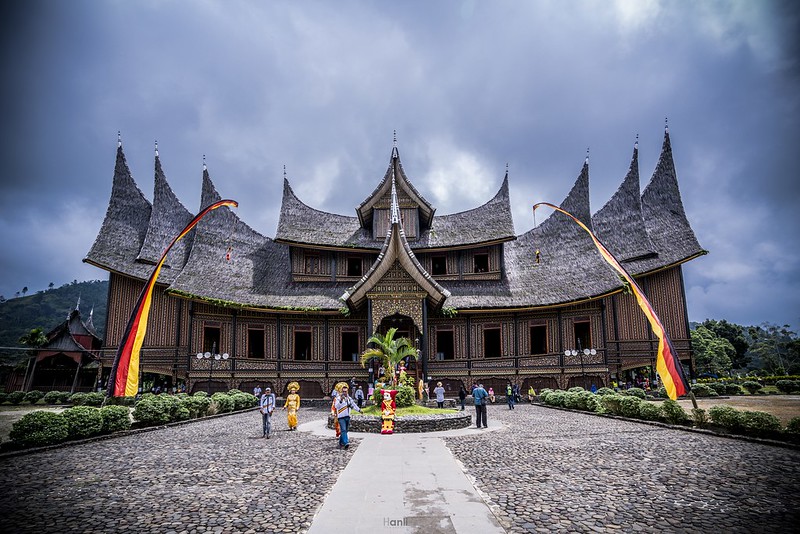 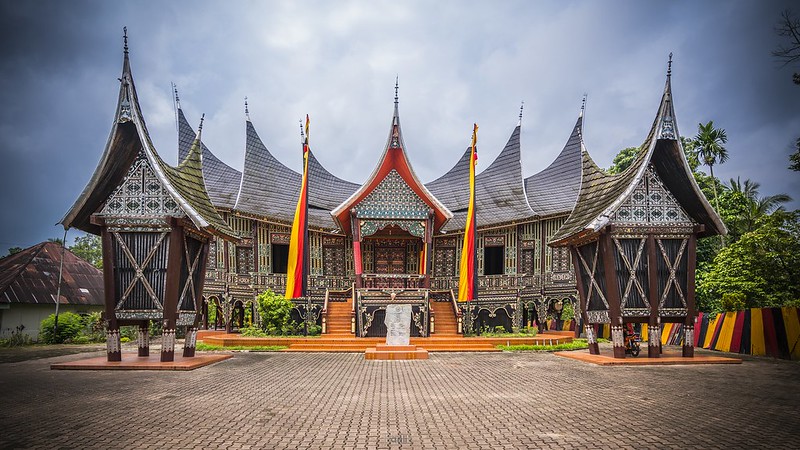 The festival of cow racing celebrates the end of rice harvesting season by the Minangkabau people in West Sumatra, Indonesia.

While the race has become part of Indonesian culture, the main purpose of the Pacu Jawi is for sellers to exhibit the strength of their cows to potential buyers. And competitors head off across the paddy fields attached to pairs of animals.

A good race performance can lead to generating a higher price for those farmers that plan to sell their breeding stock.

A regular cow that’s bred for daily consumption costs about S$500 – S$700. But a Pacu Jawi racing cow can cost at least twice the regular cow. There are even racing cows that can cost up to S$3000 to S$4000! 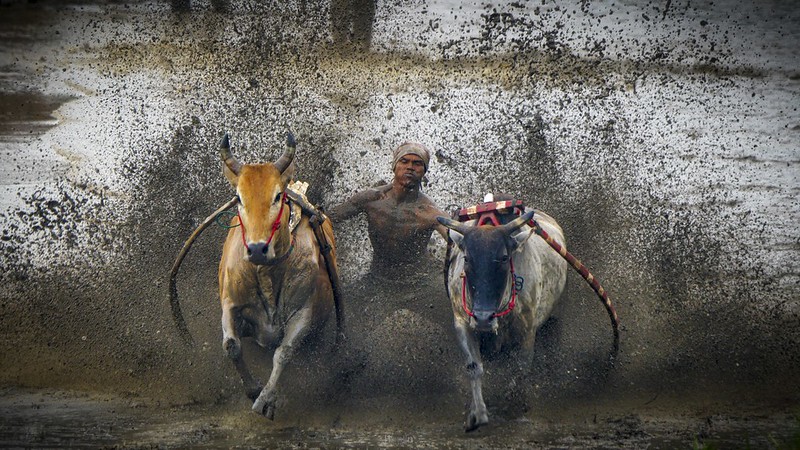 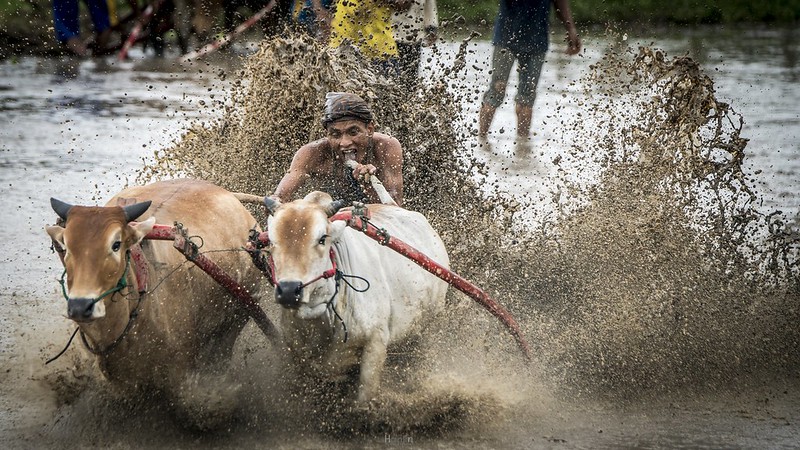 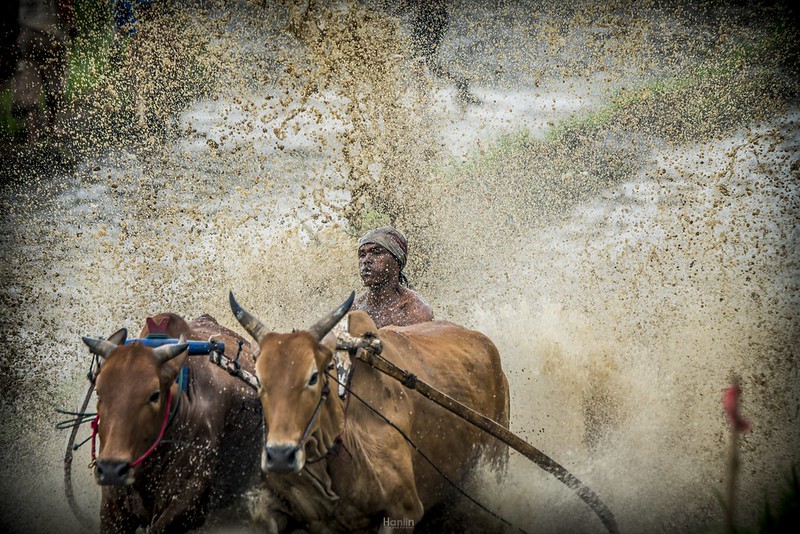 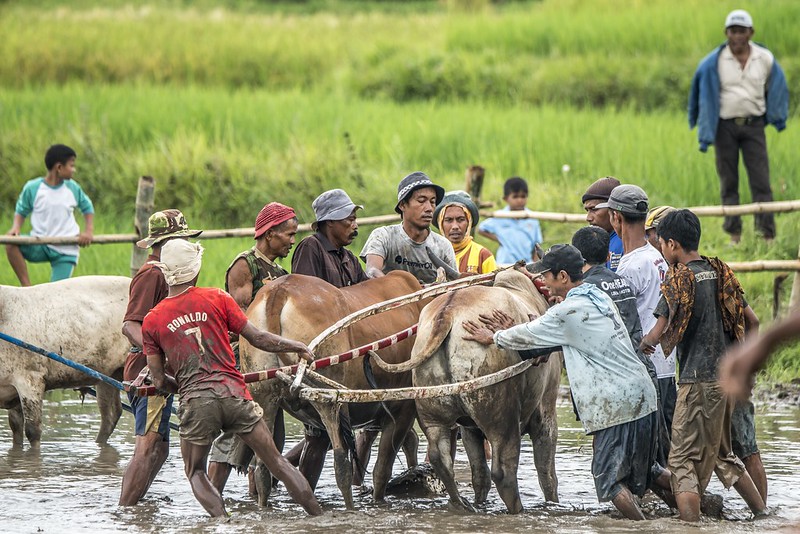 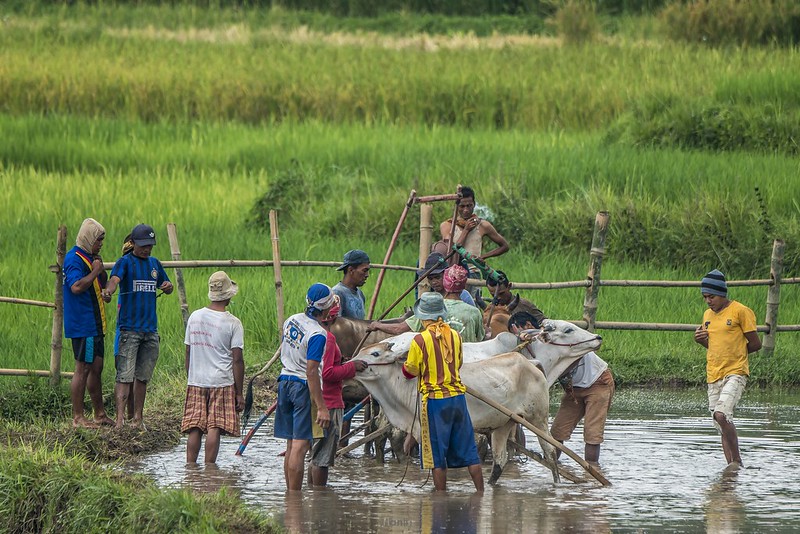 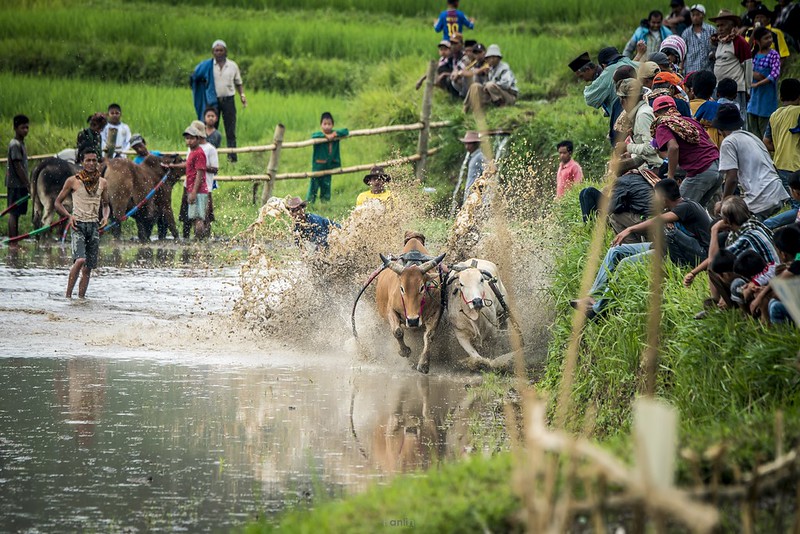 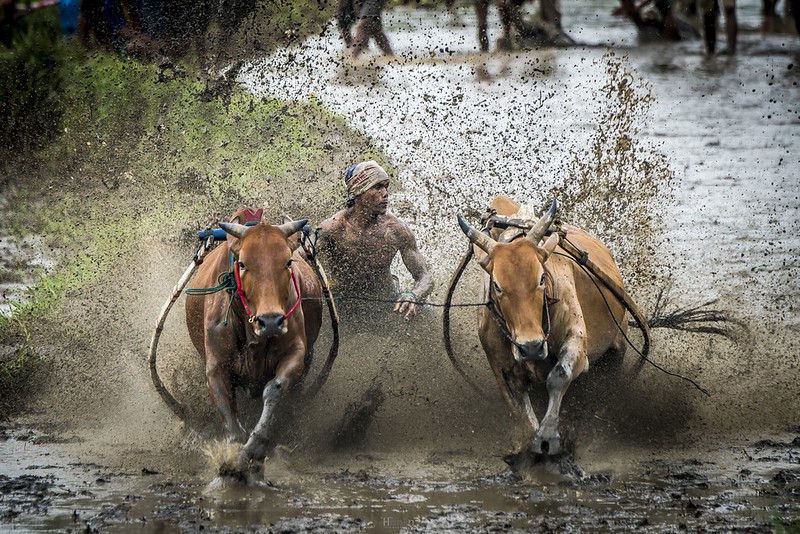 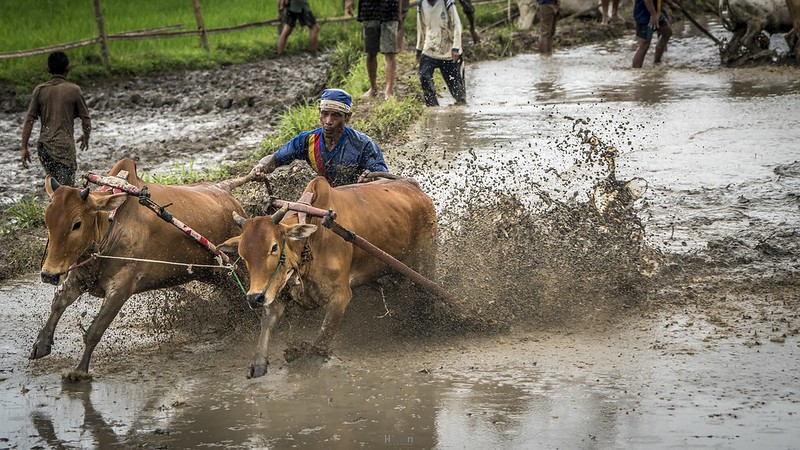 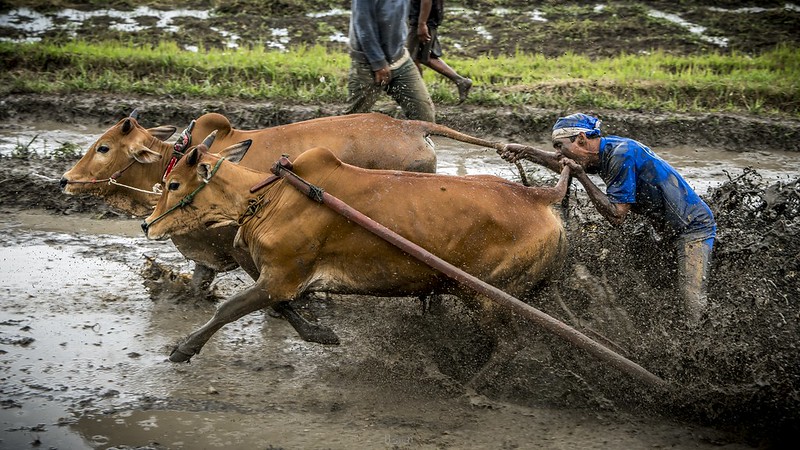 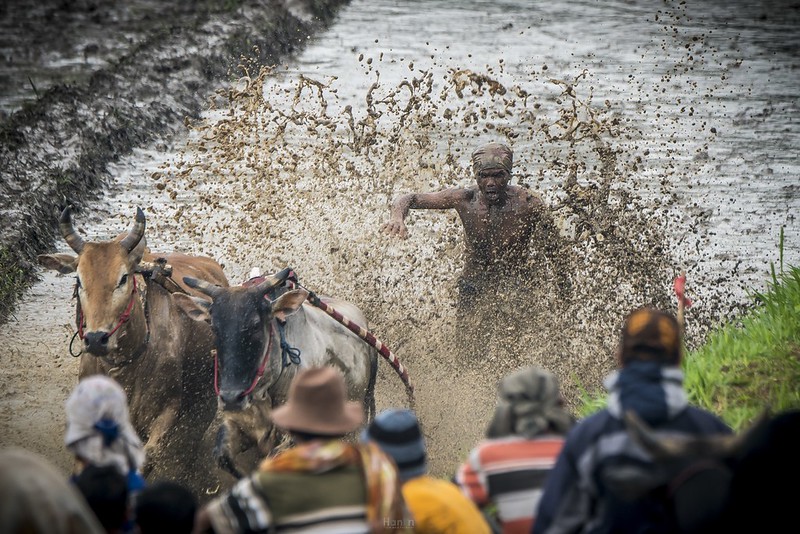 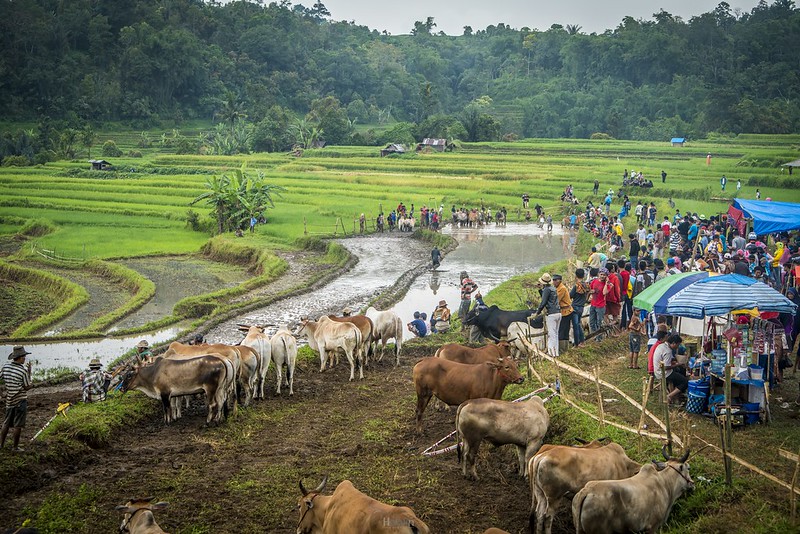 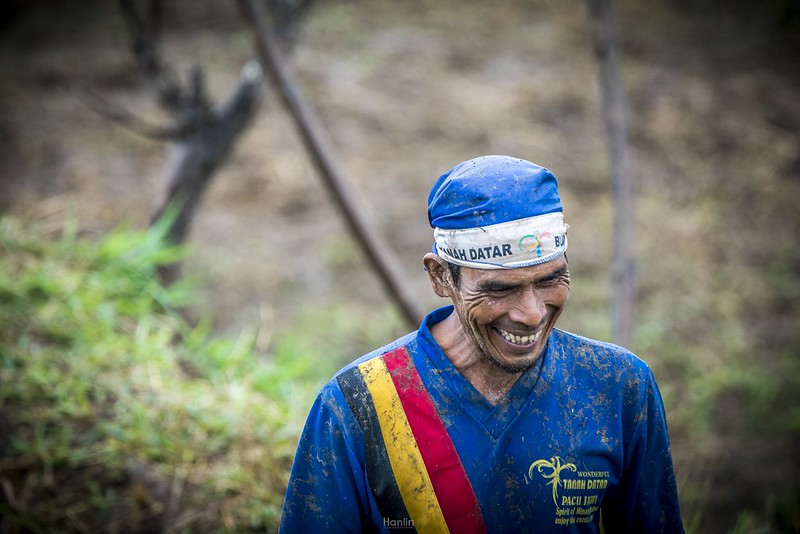 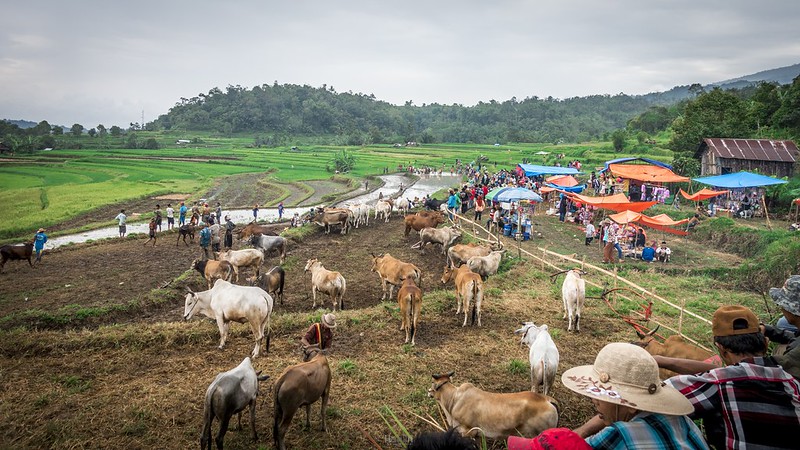 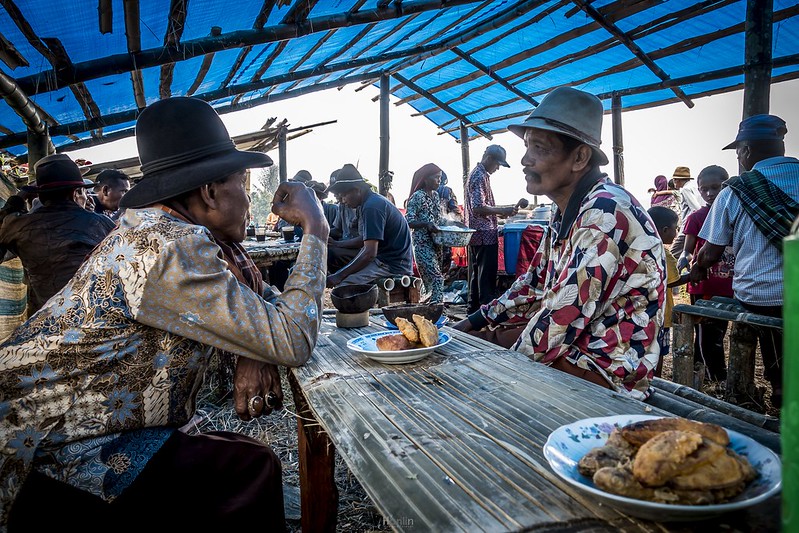 This view is taken from Ibis Hotel, its a very good place to see sunrise overlooking Bukit Barisan. 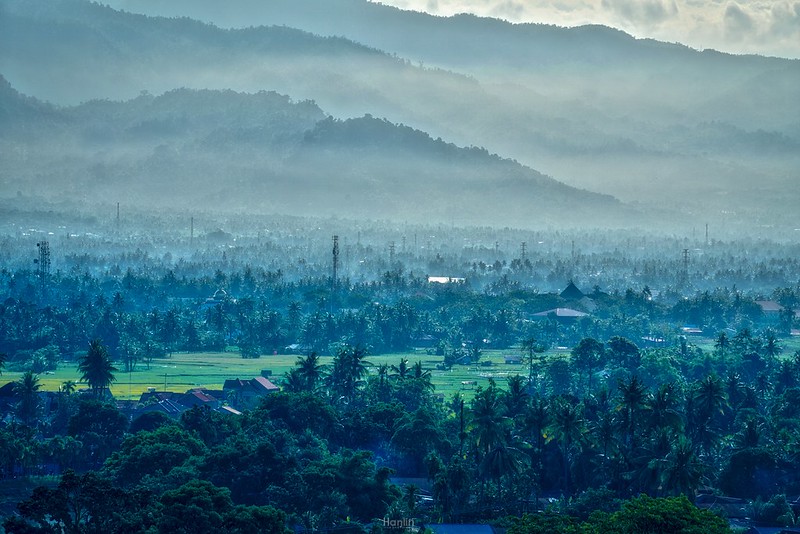 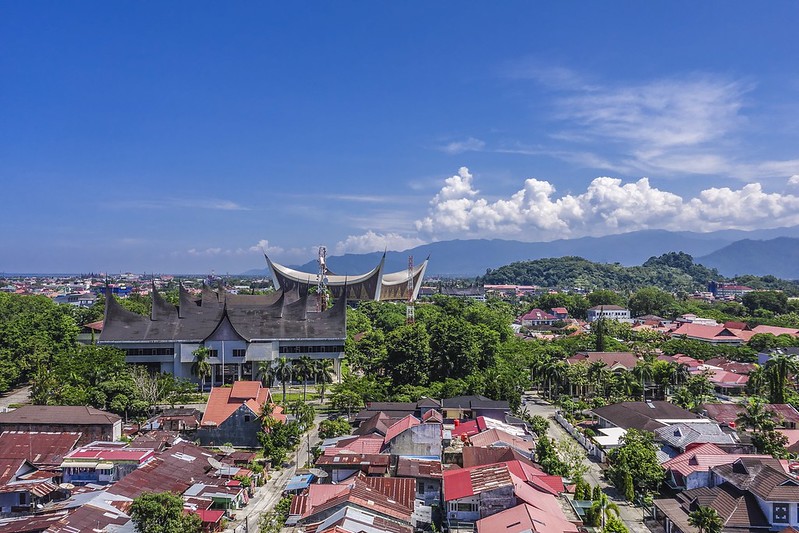